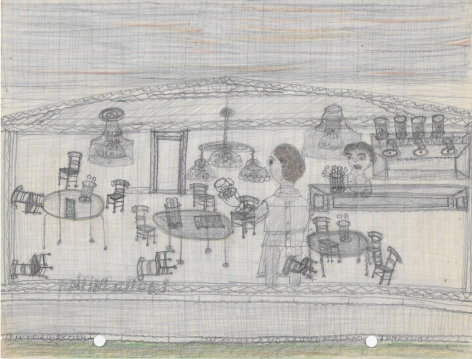 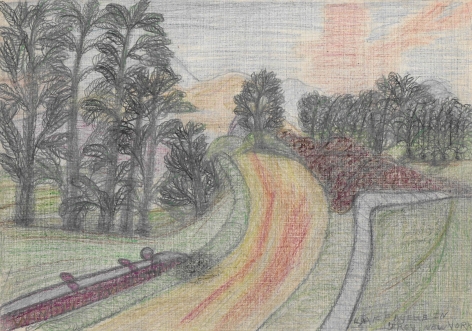 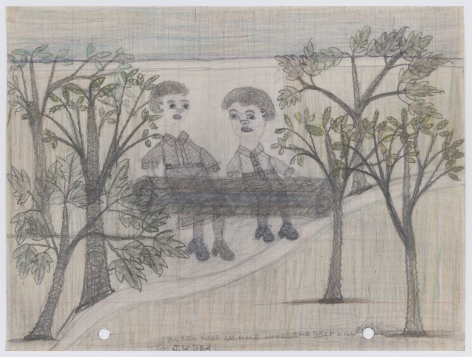 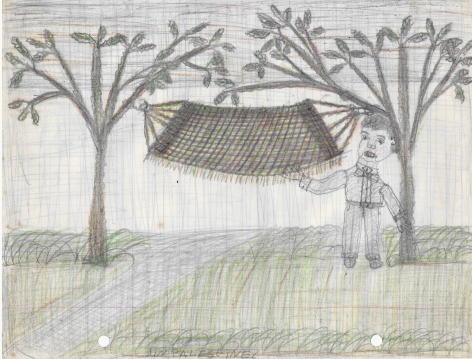 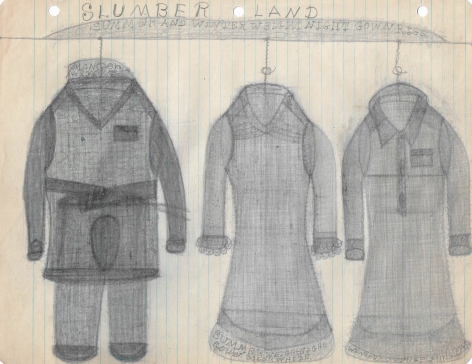 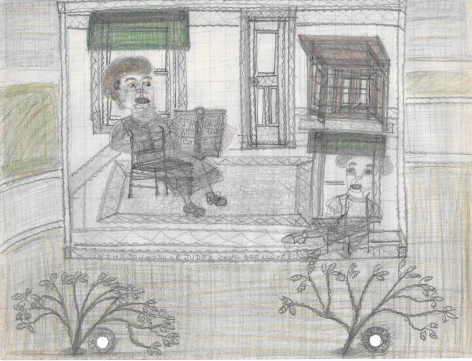 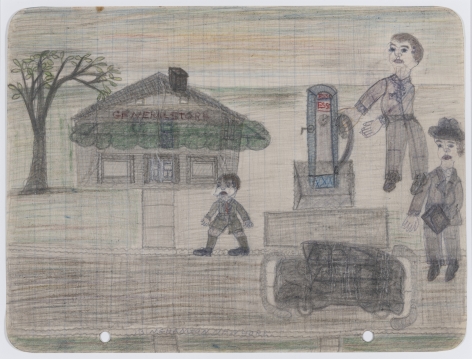 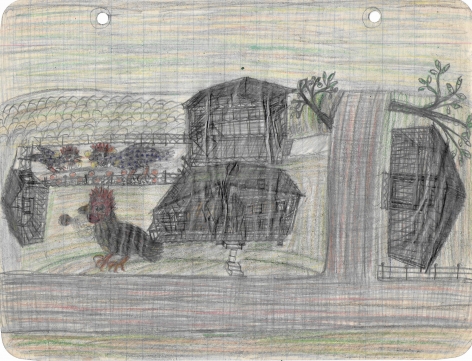 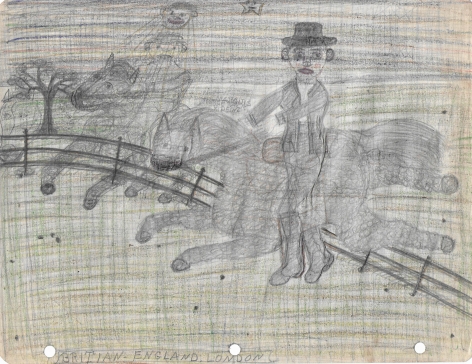 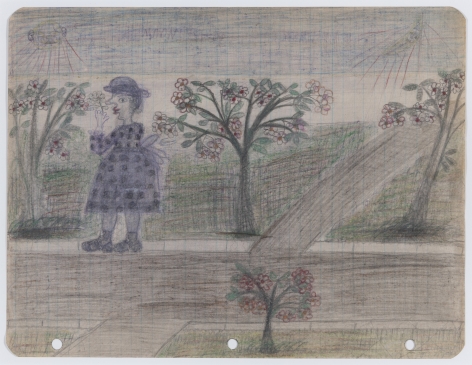 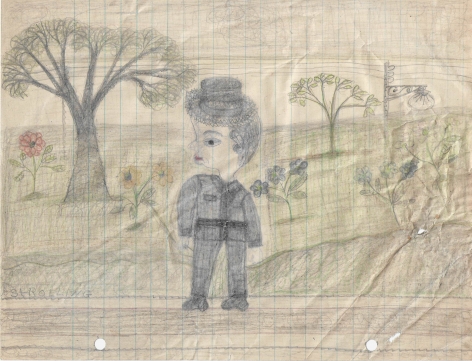 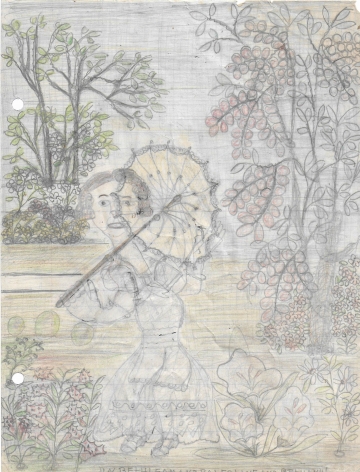 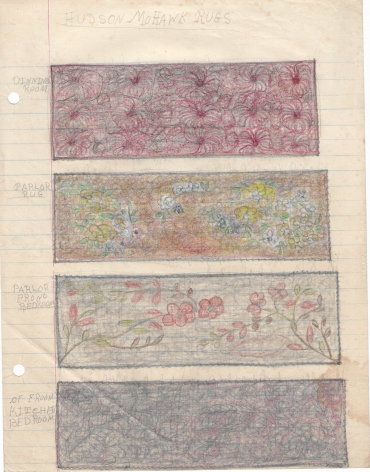 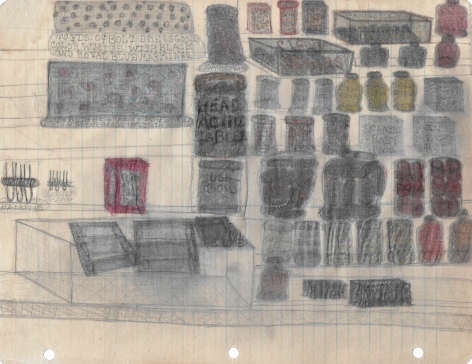 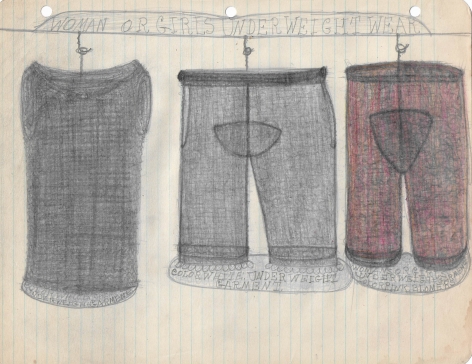 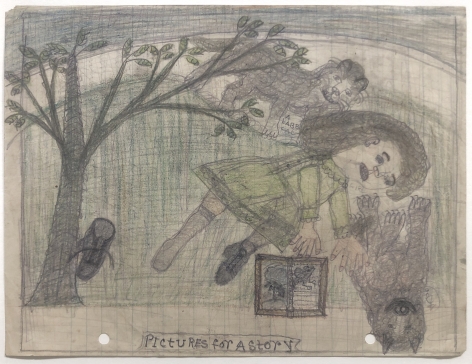 A self-taught American artist of Dutch ancestry, Pearl Blauvelt’s entire body of work — a remarkable cache of drawings in graphite and colored pencil on ruled notebook paper — was discovered years after her death in a wooden box in her abandoned former home in northeastern Pennsylvania. Now regarded as an emblematic outsider artist, Blauvelt’s images of people strolling along country lanes, horse-drawn carriages, railways tracks, banknotes, houses, furniture, and women’s undergarments, which she often labeled with precision and care, serve as the imaginative recollections of a woman who lived a humble life on the margins of mainstream society.

CV
Back To Top