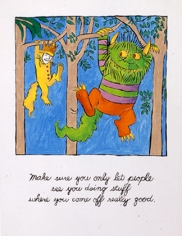 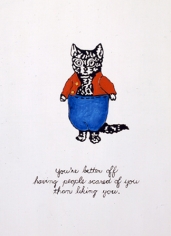 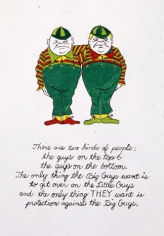 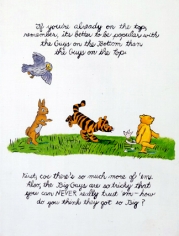 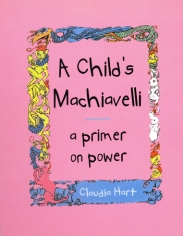 Witness is a group exhibition by artists that build narrative through the use of visual language, personal and historic events. They employ a range of media - collage, painting, and assemblage, using both idiosyncratic and iconic symbols to engage the viewer as a co- witness to the events depicted.

This exhibition features the original group of thirty-one paintings that Hart conceived as imaginary pages for a first grade primer instructing the uninitiated on how to seize and hold on to power. A Child's Machiavelli: a primer on power would eventually be published in 3 languages and several editions (Penguin Books, Ltd, 1995,1998).

"The hardest job you can ever do is try and make things better for the Little Guys. The Big Guys are gonna hate your guts. And the Little Guys will be afraid to open their mouths."

In 1996, the song "Babyrap" appropriated Hart's texts in a musical collaboration with Assassin, the French hip-hop band. The work evolved into a commercial mode of production continually adapting to different platforms while staying true to the artist's concept and the aphorisms from Machiavelli's original The Prince.

The last step in completing the cycle of production, after the paintings, book and music, would be a moving image to complete the possibility of a communal experience, an animated Machiavelli suite.

This exhibition presents all the different media incarnations related to A Child's Machiavelli. The paintings, book, and animations represent a Gesamtkunstwerk or total work of art.