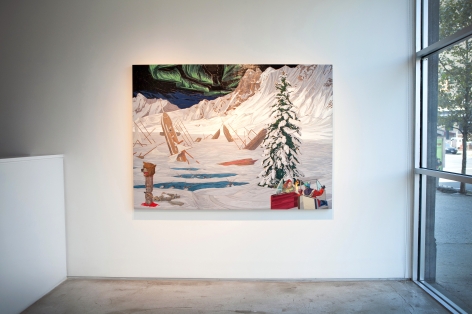 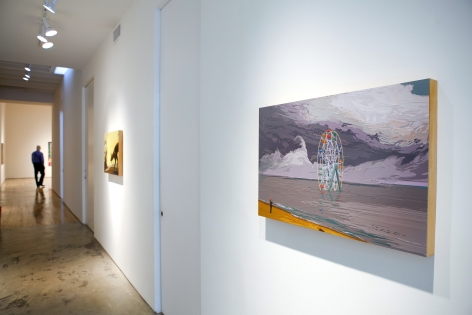 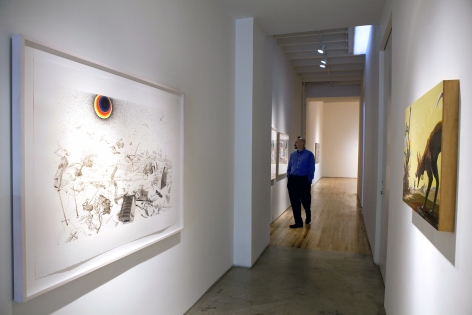 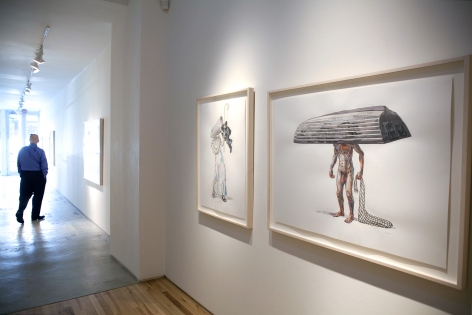 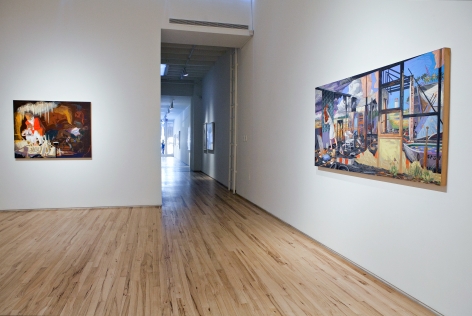 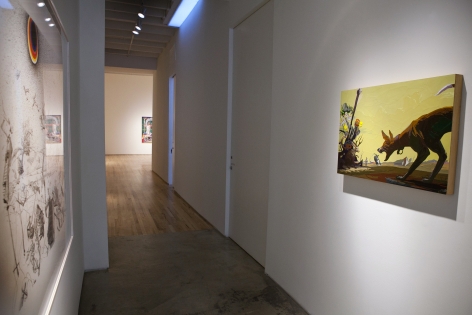 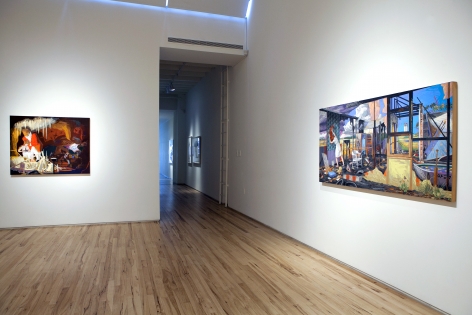 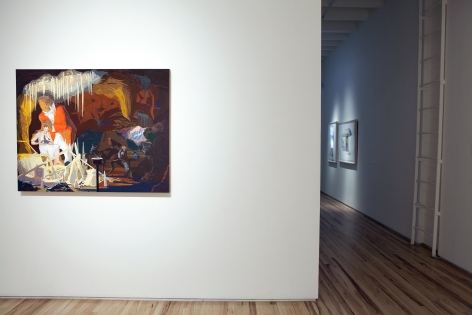 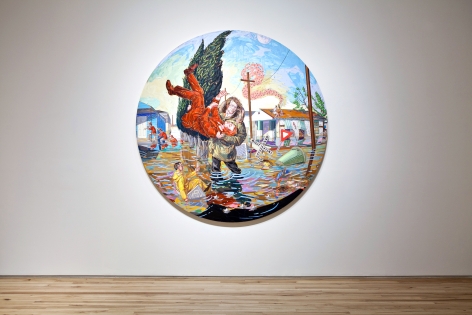 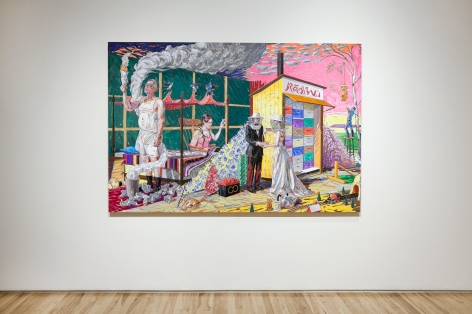 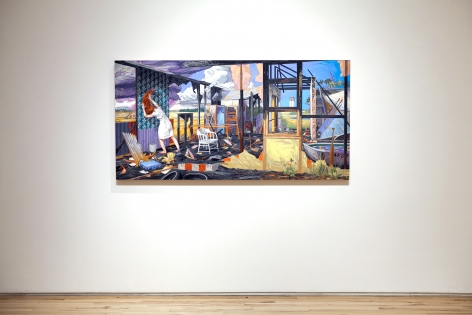 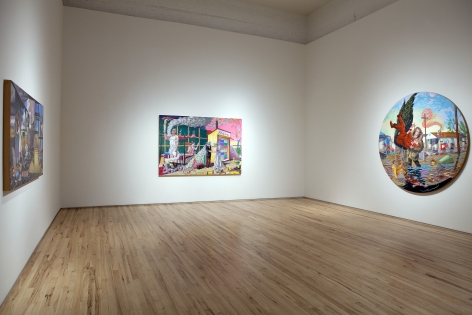 Andrew Edlin Gallery is pleased to present How to Disappear Completely, a solo exhibition of collages and drawings by Brian Adam Douglas. The show, which runs from September 12 – October 26, 2013, is the artist’s first with the gallery, and Douglas’ first solo in New York.

Brian Adam Douglas, who first came to public attention for his work on the streets of New York City under the moniker Elbow Toe, has contributed significantly to making collage relevant to the fine art discourse in recent years. Virtually all of the works in Douglas’ new series deal with the rebuilding of life and purpose in the wake of catastrophic deconstruction brought on by natural disasters and climate change(including overt references to Hurricanes Katrina and Sandy). They are not merely about the breaking down of things but about an innate capacity to cope with disaster and the rehabilitation of purpose. Spending up to half a year on a single piece, Douglas’ laborious process demands a pictorial integrity where nothing is wasted and everything serves his intensity of purpose. Forgoing the relative ease and fluidity of the brush stroke, the artist methodically builds his compositions through shards of color incised from sheets of paper he has painted, forging a novel way to combine painting and collage into a singular hybrid.

What is different about the works in How to Disappear Completely is that the human figures Douglas depicts, which have previously dominated his works, have receded in scale and are now subsumed by his landscapes that take foreground precedence. As a result, the viewer falls farther and farther back from the pictorial event itself. It’s a distance that seems as psychological as it is physical, as if the artist has found a way to step back from the world as a way of stepping into it.

Brian Adam Douglas was born in Dallas in 1972, and received his BFA from the School of Visual Arts, New York, in 1994. Previous solo exhibitions include Black Rat Projects (2011), London, and the Warrington Museum (2010), Warrington, UK.