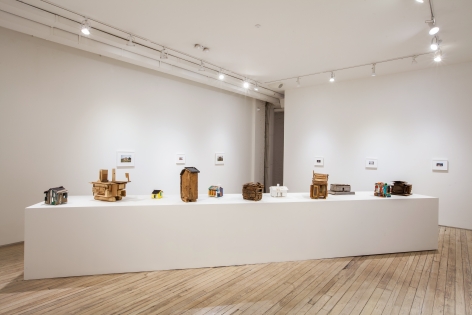 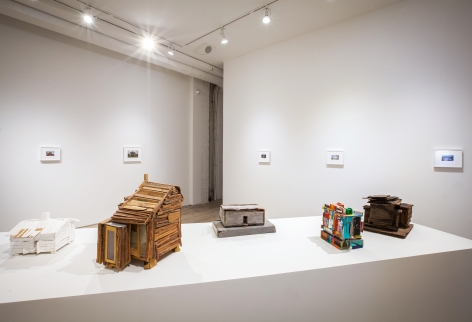 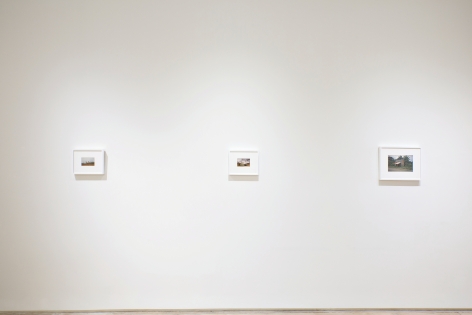 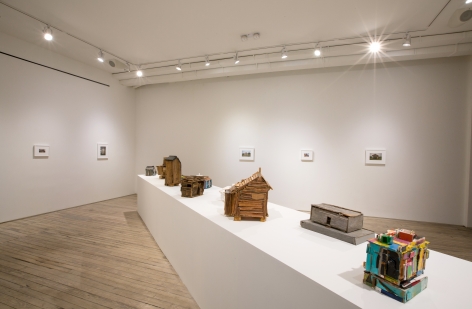 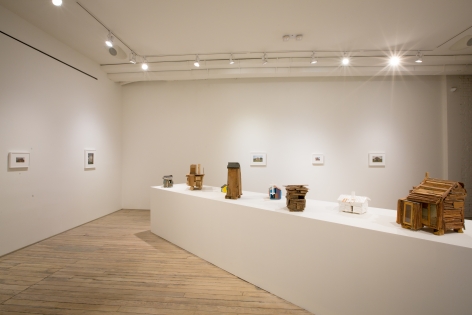 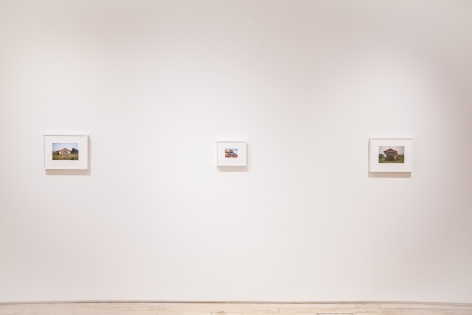 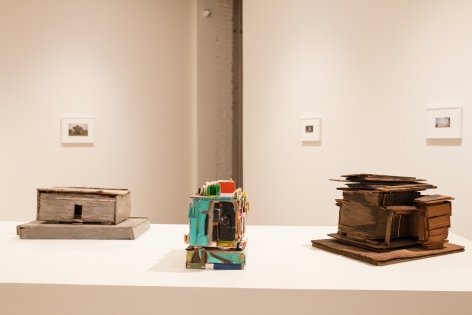 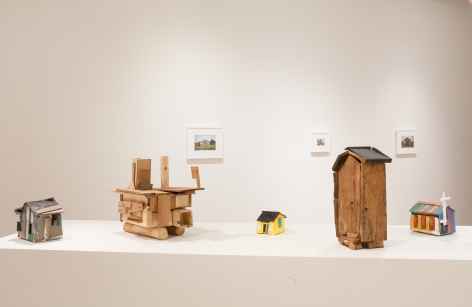 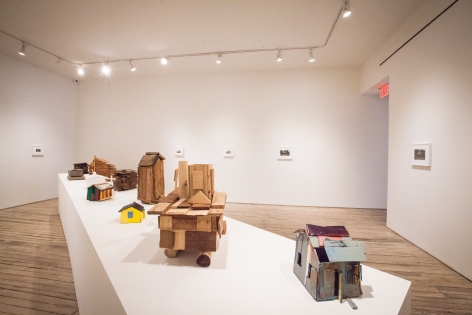 As a young girl, Beverly Buchanan (1940-2015) frequently accompanied her father, Walter Buchanan, a professor and Dean of the Agricultural School at South Carolina State University, on his visits to tenant farmers across the state. In his 1929 Master’s Thesis titled “The Economic and Social Conditions of Negroes as Tenants and Farm Laborers in South Carolina”, he describes local living conditions: “It is easy to see the ground through the cracks in the floor and the moon and stars through the housetops and the sides… In winter the houses cannot be kept warm. It matters not how much fire is in the fireplace, keeping warm on more than one side is not feasible so rapidly does the cold wind rush in.” These visits clearly left an impression on a woman who decades later began making “shacks” (a term she chose) that are quirky and loose; full of character, individuality and personality. According to the artist, “I’m interested in their shapes and how they’re made and how they reflect the people who built them. I consider my shacks portraits. It’s the spirit that comes through the forms.”

Like Buchanan, William Christenberry (1936-2016) also found his subjects in the humble structures from his formative years. In 1960, he began to make photographs, drawings and paintings of the stores, houses, churches, and graveyards that populated his native Hale County, Alabama. A palpable desire to possess the buildings he had known since childhood drove him back year after year. The resulting photographs conjure a fading presence of makeshift homes, documenting the changing landscape by creating concrete records of degrading existence.

“The streaming light through all your shack’s cracks” – taken from an Alice Walker poem dedicated to Buchanan - alludes to the interplay between interior and exterior life that preoccupied Buchanan’s art-making. The two artists had a friendly, mostly professional relationship—they met several times at the behest of Jock Reynolds who curated their work into a 1994 exhibition titled “House and Home: Spirits of the South” at the Addison Gallery of American Art (Andover, MA)—their shared iconography makes for a powerful affinity. Both deal in remembrance, providing an intimate, unflinching look at the ruins of Southern culture, and the uncanny beauty of a landscape in decline.

Born in Fuquay, North Carolina in 1940, Beverly Buchanan grew up in South Carolina and earned several university degrees in the sciences before beginning her professional career in New York as a health-care educator. However, about two years later, in 1971, she enrolled at the Art Students League, where she studied with renowned painter Norman Lewis (1909-1979). From that time on, Buchanan devoted her time to making art.

The winner of numerous honors during her long career, including the John Simon Guggenheim Memorial Foundation Fellowship and the National Endowment for the Arts Fellowship, Buchanan’s work is in the permanent collections of the High Museum of Art, Atlanta, the Metropolitan Museum of Art, New York, the Studio Museum in Harlem and the Whitney Museum of American Art, New York, among others. Her work was represented for many years by Bernice Steinbaum Gallery in New York. A current retrospective, “Ruins and Rituals,” is currently on view at the Brooklyn Museum of Art through March 5t, 2017.

Born in Tuscaloosa, Alabama in 1936, William Christenberry attended the University of Alabama, where he received BA and MFA degrees in painting in 1958 and 1959 respectively. Following his graduation, he moved to New York City in 1961, holding a series of odd jobs until a conversation with Walker Evans (1903-1975) at Time-Life inspired him to begin photographing his regional home.

Since his first solo show in 1961, Christenberry’s work has been the subject of exhibitions domestic and international; he has also received numerous awards including the Lyndhurst Foundation Prize, a Guggenheim Fellowship, and an honorary Doctor of Humane Letters from his alma mater. His work can be found in the permanent collections of numerous institutions including the Corcoran Gallery of Art, Washington, D.C., the Museum of Modern Art, New York, the Philadelphia Museum of Art, and the Whitney Museum of American Art, New York. His estate is represented by Pace MacGill Gallery whom, along with Lauren Panzo, we thank for their generous contribution to this exhibition.