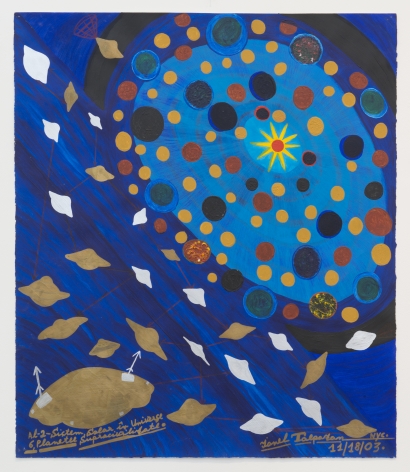 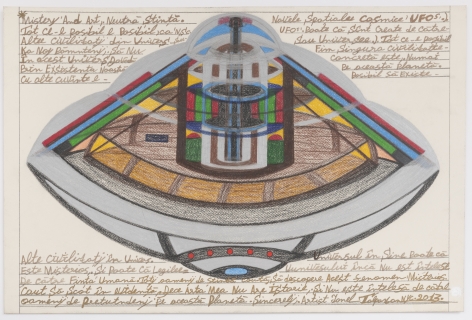 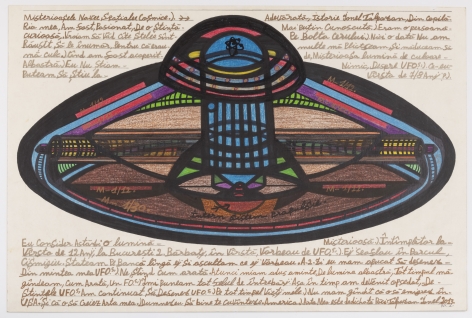 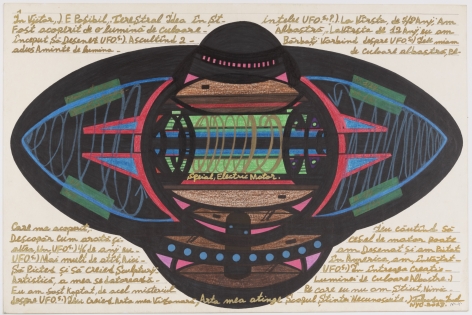 Born in Romania in 1955, Ionel Talpazan was raised in a foster home. When he was 8 years old, he experienced the presence of a UFO while sleeping by a lake close to his home: he witnessed a craft appear and hover above him, and was enveloped by a beam of blue light for a brief period of time. From this moment on, Talpazan realized he possessed knowledge of UFO technology for which he could not account, but which he felt compelled to share through drawings. In 1987, he escaped Romania by swimming the Danube River, and lived in Belgrade, Yugoslavia, and was eventually able to emigrate to the US as a political refugee. He lives in New York City, where he often sells his work on the street.

Like other Outsider Artists whose creativity is mediumistic, UFO experiencers feel they are channeling information and images from an otherworldly source, and produce artwork as a way of partnering with this source. For decades, Talpazan has been engaged in what he considers to be research of UFO technology by producing countless drawings on board, depicting alien spacecraft. These are often colorful, dynamic views of what a craft might look like to the human eye, and also diagrammatic views that depict the inner workings of alien technology. Talpazan’s work is driven by a powerful and generative paradox: he feels he possesses knowledge for which no measurable language yet exists, yet he feels obliged to present it to the world in a palpable way. This challenge is what charges each drawing with energy. His crafts appear to whirl at high speeds, propelled by complex but believable propulsion systems. Talpazan’s strong conviction in his unexplained knowledge is what gives these drawings their authority, and his lifelong dedication to sharing his vision with us is truly awe-inspiring.

1999
We Are Not Alone: Angels And Other Aliens, American Visionary Art Museum, Baltimore