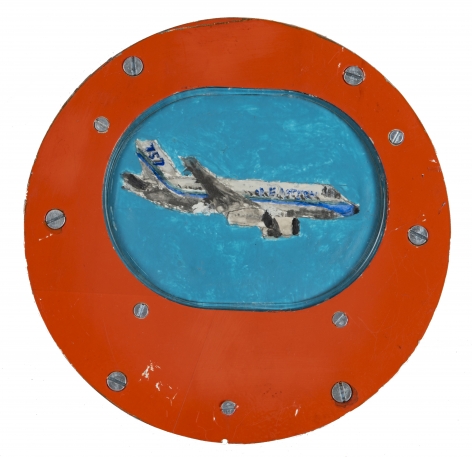 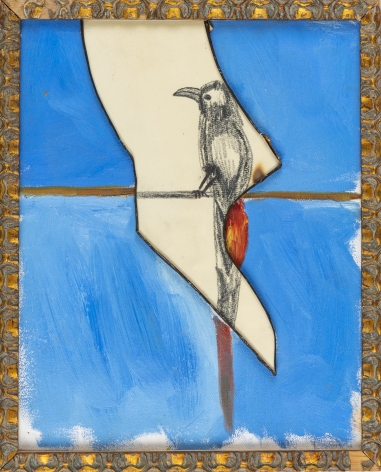 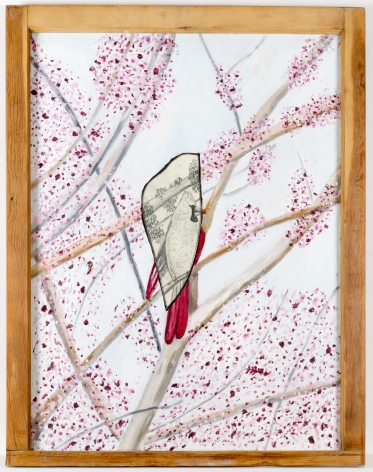 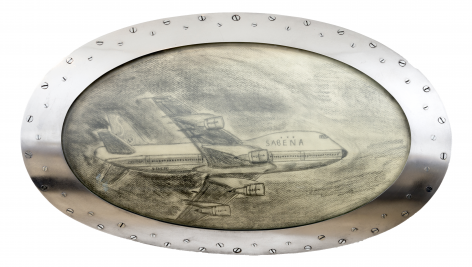 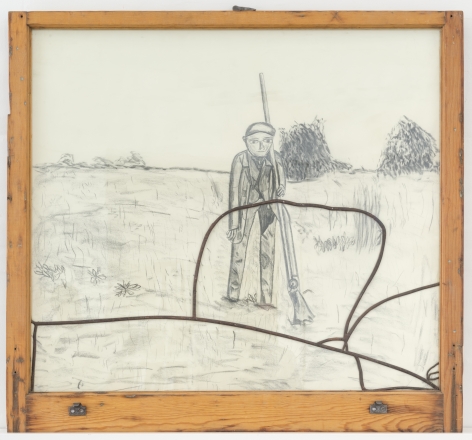 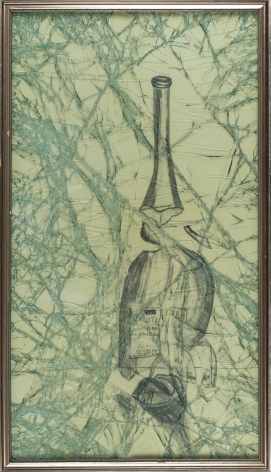 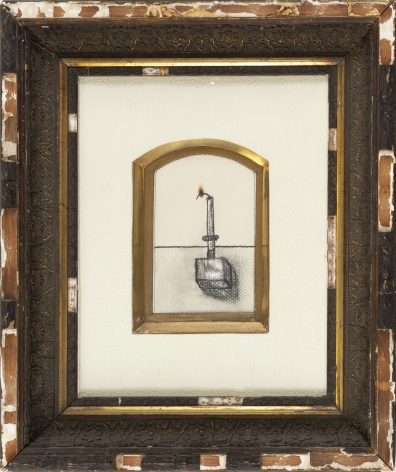 Born in Antwerp in 1975 but raised in New York City, Vahakn Arslanian began painting and working with glass at an early age. Deaf from birth and fascinated by the chaotic beauty of shattered glass, Vahakn found in his art both a route for his imaginative vision and a means of exploring the equilibrium between destruction and creation. His work frequently employs glass—sometimes broken, sometimes intact—as well as found or acquired objects like antique window sashes and hardware, massive airliner cockpit windows, lightbulbs, and even jet-engine fans. The images he places in and on the spaces thus created depict his vision of beauty and absurdity: a bird with a subway car for beak, a candle with too many flames, a flock of tiny Boeing jets converging on the vortex at the center of a shattered window. Vahakn's work has been shown at multiple solo exhibitions in London, Antwerp, Geneva, St. Barthélemy, and his native New York City, as well as numerous group exhibitions, including the St. Moritz Art Masters. His collaboration with Julian Schnabel, "The Ones You Didn't Write-The Maybach Car," was displayed on the Grand Canal during the Venice Biennale. Vahakn divides his time between his studios in Red Hook, Brooklyn, and Petite Saline, St. Barth.

2011
The Ones You Didn’t Write – The Maybach Car, Collaboration with Julian Schnabel, Grand Canal, Venice

1990
The Visions of Children: Works by IMAGICA Artists, University of Conn., Storr, CT

2016
Frank, Priscilla, “The Outsider Art Journal that Believes Everyone is an Artist,” The Huffington Post